The Taggle System and network explained step by step

The Sensor to Software System Explained

1. Sensor for data acquisition – A wide variety of open-standard sensors gather information about infrastructure and the environment.

2. Taggle modules (“Tags”) read the data from sensors and transmit these to base stations kilometres away.

3. Taggle Base Stations receive the data from all the sensors across the region and forward this to the secure IoT platform in the cloud.

4. The IoT cloud collects the data from all the base stations.

5.  The IoT Platform process transforms raw signals into meaningful sensor readings such as level measured in metres and volume measured in litres.

6. Operational and Analytics software turns data from hundreds or thousands of sensors and meters into usable information and insight to support better decisions.

7. Customer portals and apps make data available to customers and residents to help them engage with this new information.

Most of Taggle’s customers are deploying low cost, long life sensors and meters to install permanent systems for monitoring assets and the environment. 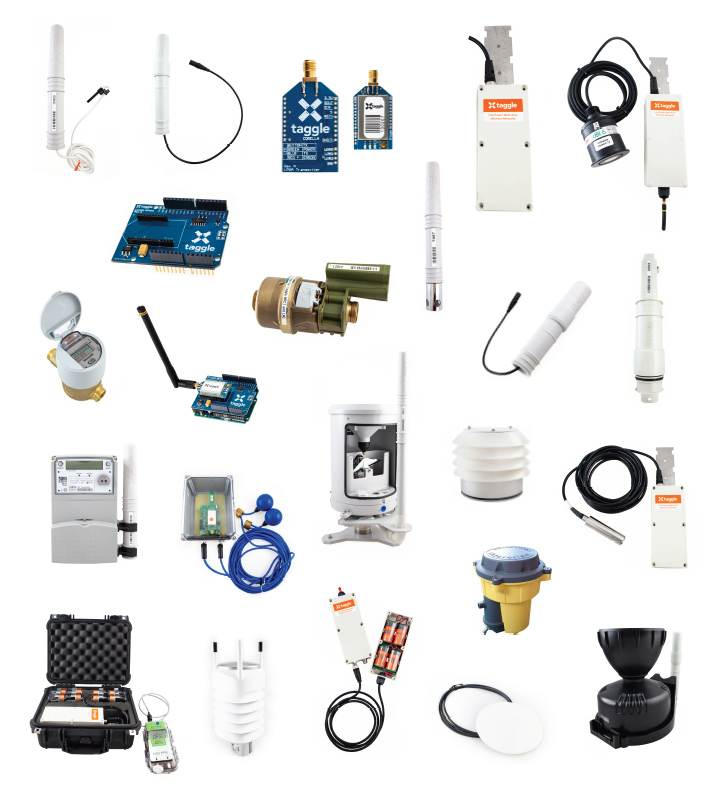 Taggle has also developed an open development ecosystem where other companies can leverage the low-power, long-range technology benefits of the Byron wireless system to build their own Internet of Things (IoT) applications.

Taggle partners utilise Taggle modules including the Corella Development Module to develop products in environmental monitoring such as water quality, agricultural technology and industrial IoT monitoring such as temperature and vibration of motors and other equipment. 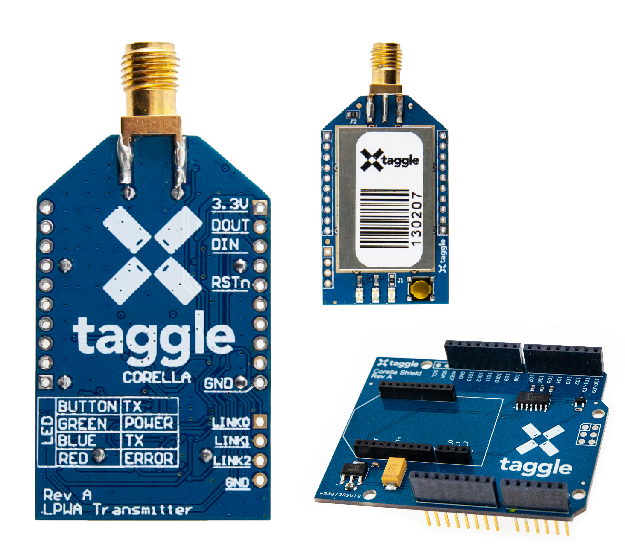 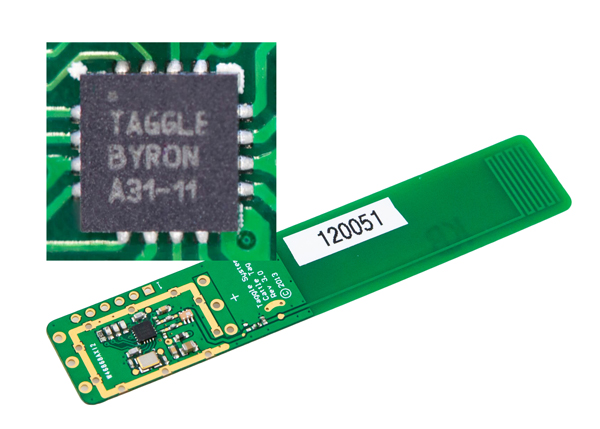 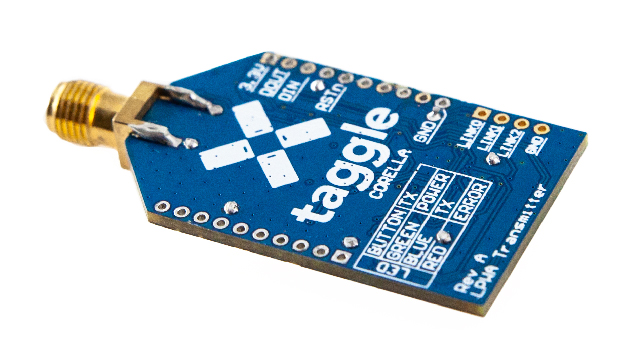 Taggle uses a variety of technologies for wireless communication depending on the application.

For one way applications such as sensors and meter reading, Taggle has standardised on the Byron A31 chip and wireless communications protocol.

This approach provides unparalleled benefits in terms of scale, cost and battery life.

The Byron chip was specifically designed for transmit-only applications such as meter reading where its simplicity minimises power consumption and build cost. This helps to keep the cost of very large numbers of devices to an absolute minimum.

Byron modules transmit over very long distances (2-20km depending on geography) which when combined with the very high capacity of the receivers, means that the number of receiver base-stations is kept to a minimum.

Designed by a team that also worked on the development of WiFi in Australia, Byron is Australia’s most widely deployed LPWAN technology with over 135,000 devices deployed with Australian companies, providing them with 1.3 Billion meter readings every year.

Taggle telemetry modules typically transmit once an hour. More frequent transmissions can be made to suit specific applications.

3. Taggle network base stations with antennas and receivers

Taggle’s Byron network is comprised of base stations that include extremely sensitive radio receivers fitted with a high gain antenna.

Each base station has an effective range of 2-5km in urban environments and 5-50km in rural environments, ranges achieved depend on local installation conditions, a distance of 250km has been achieved over water.  The receivers have the capacity to read up to 30,000 sensors per hour. As such, Taggle’s network scales easily for both city and region-wide use.

Taggle uses lightweight antennas and low-footprint receivers, which has enabled Taggle to deploy a network of over 425 base stations and 425,000 square kilometers of coverage.

Consumer telco standards such as 2G, 3G & 4G become obsolete and are replaced by newer, faster technology on a regular basis.

Other IoT technologies work well for building management systems, but do not necessarily scale to cover cities and regions.

Taggle recognises that many city or region-wide IoT investments are based on business cases that require systems to operate 10 years or more, and has designed the Byron network for just this purpose. 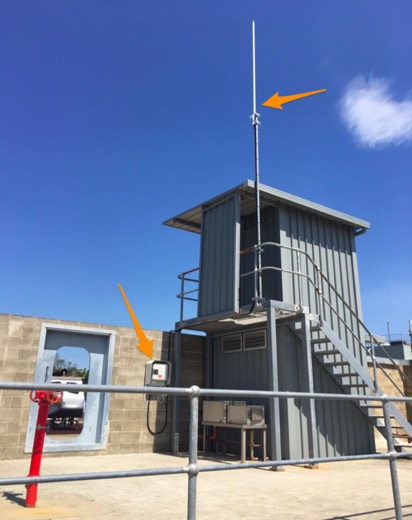 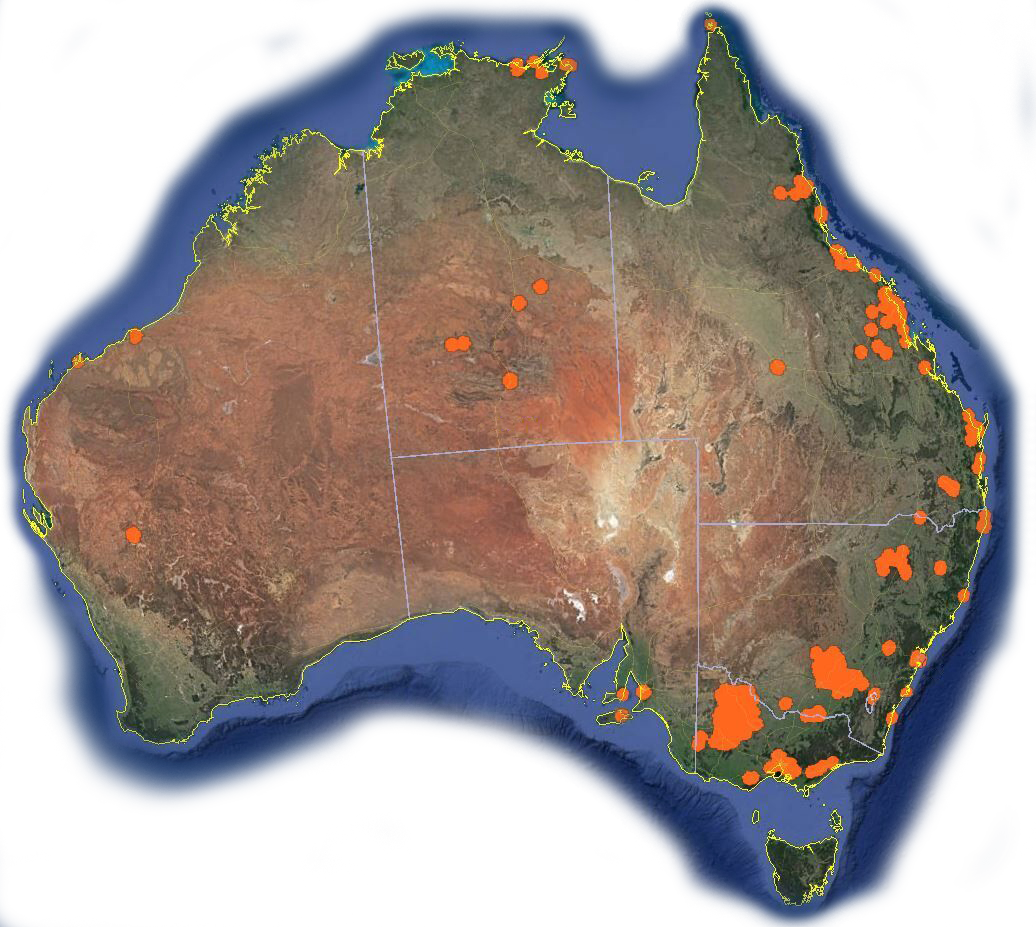 Taggle deploys Australia’s only dedicated m2m (machine-to-machine) network to enable the cost-effective collection of data from thousands of devices across very wide areas.

The IoT cloud collects the data from all the base stations and consolidates this into the Taggle data centres ready for procesing.

The platform collects data from the network of receivers, and decrypts and decodes data from meters and other sensors.

Data is delivered to utility customers either via real-time interfaces or via nightly batch jobs depending on the Utility’s specific requirements. 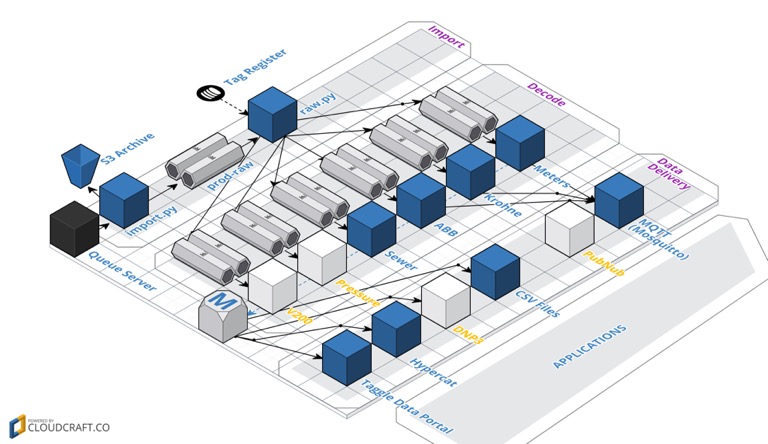 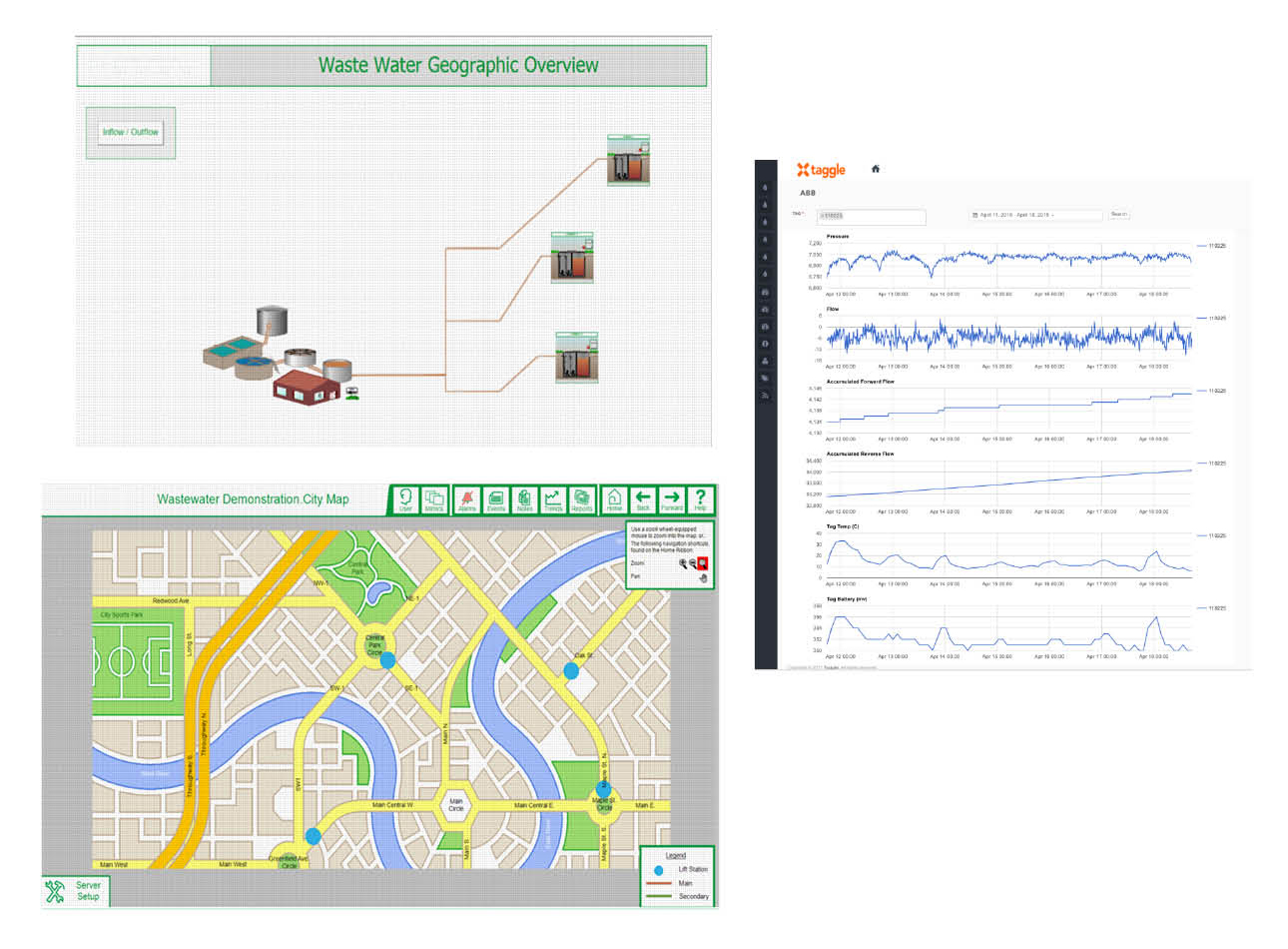 The Taggle Data Portal provides utility users with real-time access to any meter or sensors operating on the Taggle network.

Any Taggle module can be presented to SCADA via DNP3 as if were a traditional RTU.

Meter data collected from Taggle modules and receiver networks is decrypted, decoded and delivered to the utility customer in a variety of open-standard data interfaces.

Aqualus Water is a meter data management application developed specifically to deal with the large volumes of data associated with smart metering systems.

Aqualus Water also integrates with a range of billing and analytics systems. 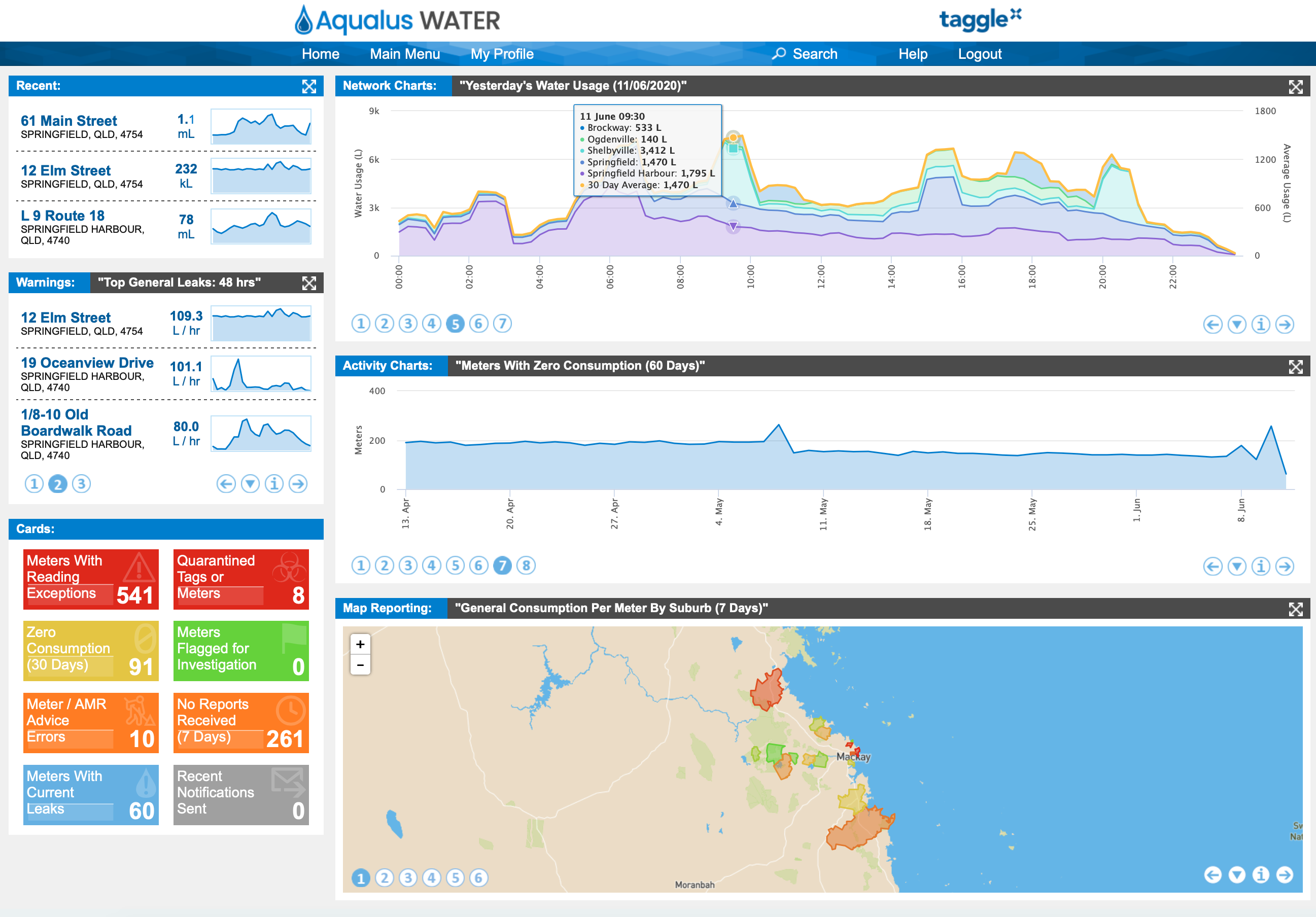 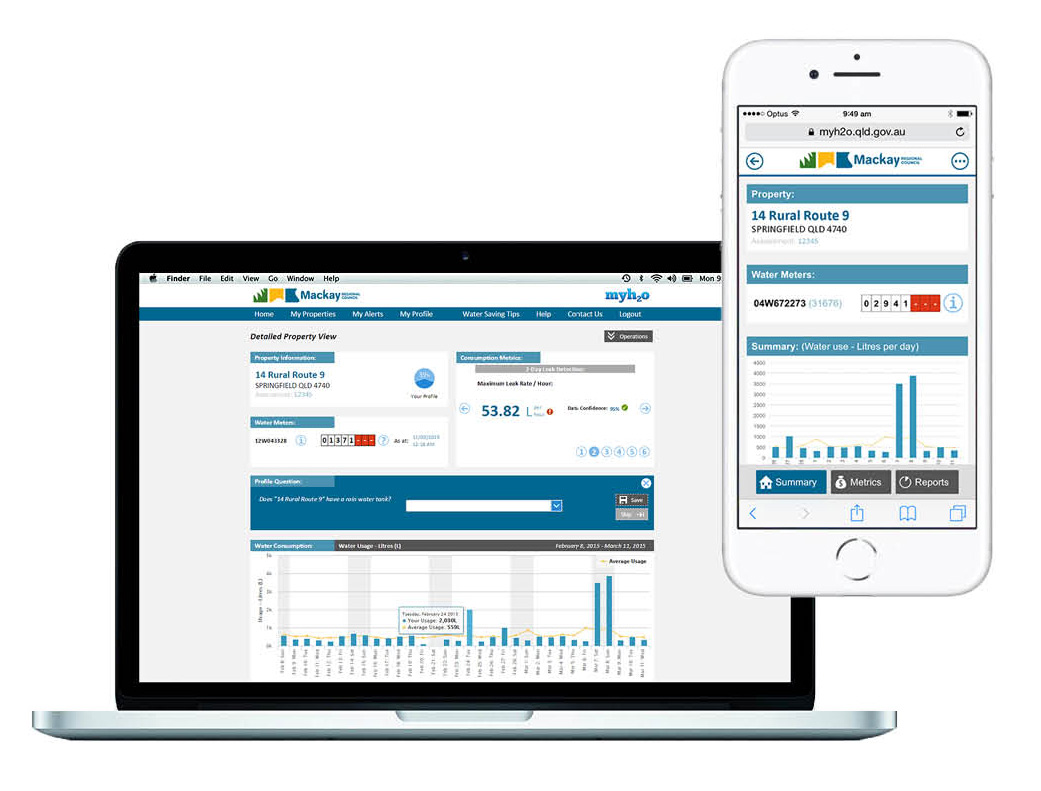 Put the power of information into your customers hands.

Aqualus Water includes a customer-facing portal, that provides end-consumers near real-time access into their own consumption data via web browser and mobile device.

By providing feedback about high consumption and possible leaks, the Utility is able keep customers informed about their consumption patterns, avoiding bill-shock and empowering consumers to change their own behaviours accordingly.