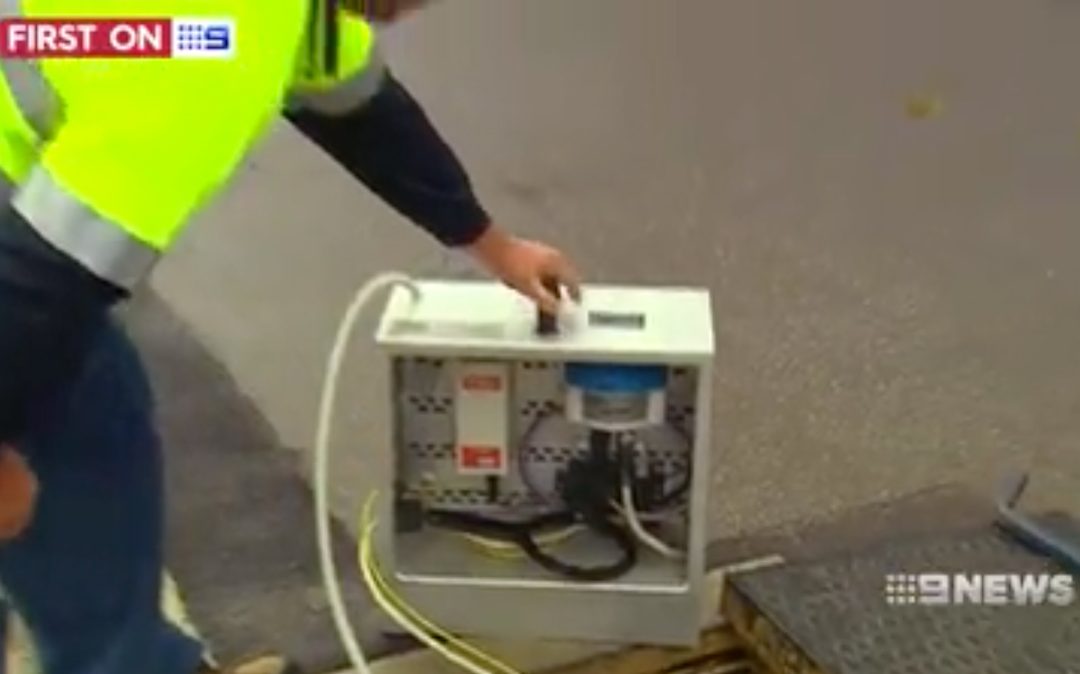 SA Water’s new $4 million smart water network in the Adelaide CBD is now completely installed and transmitting real-time information on how the network is performing.

By installing the new technology and learning to interpret the data that is collected, SA Water hopes to be on the front foot fixing faults, such as leaks, before they escalate and cause greater disruption to its customers or the wider community. Taggle has worked with SA Water’s contractors to install HP-1 tags (transmitters) on the water meters of SA Water’s top 100 CBD customers. These are mostly Itron/Actaris meters and they’re mostly underground beneath cast-iron manhole covers. In order to ensure we get a signal out, we’ve created a new version of the HP-1 tag with an external “road-marker” style antenna which we’ve used on a few particularly difficult sites.

We’ve also installed tags on 11 new mass-flow meters and pressure sensors that SA Water installed on the main pipes that supply Adelaide’s CBD. These are sophisticated meters that measure forward flow, reverse flow, instantaneous flow and pressure. We’ve used a new version of our LSTT transmitter that uses Modbus to communicate with these meters. There are two models of meters, one from ABB (an insertion probe style sensor) on the larger pipes and one from Krohne (an electromagnetic flow meter) on the smaller ones.

At 35 seconds into the 9 News story linked below, you can see one of the LSTT tags connected to the head of one of the Krohne meters at King William Street. The Krohne meter, which you can’t see, is buried under the road.

Of the other two types of sensors deployed by SA Water, one is an acoustic sensors that listens to the network for anomalies which may be associated with leaks, while the other is a high-speed pressure sensor that measures pressure 128 times per second looking for pressure transient events. These sensors, provided by other suppliers, generate too much data for LPWAN networks so are using the mobile phone network for communications.

The first stage of the project, which involved the installation of sensors and implementation of a smart water analytics platform, was successfully completed in about five months and SA Water are now working on the second stage of the project where they will learn from the data being collected and work to refine and enhance the system implemented.

We look forward to further collaboration with SA Water to improve the management of its water reticulation network.