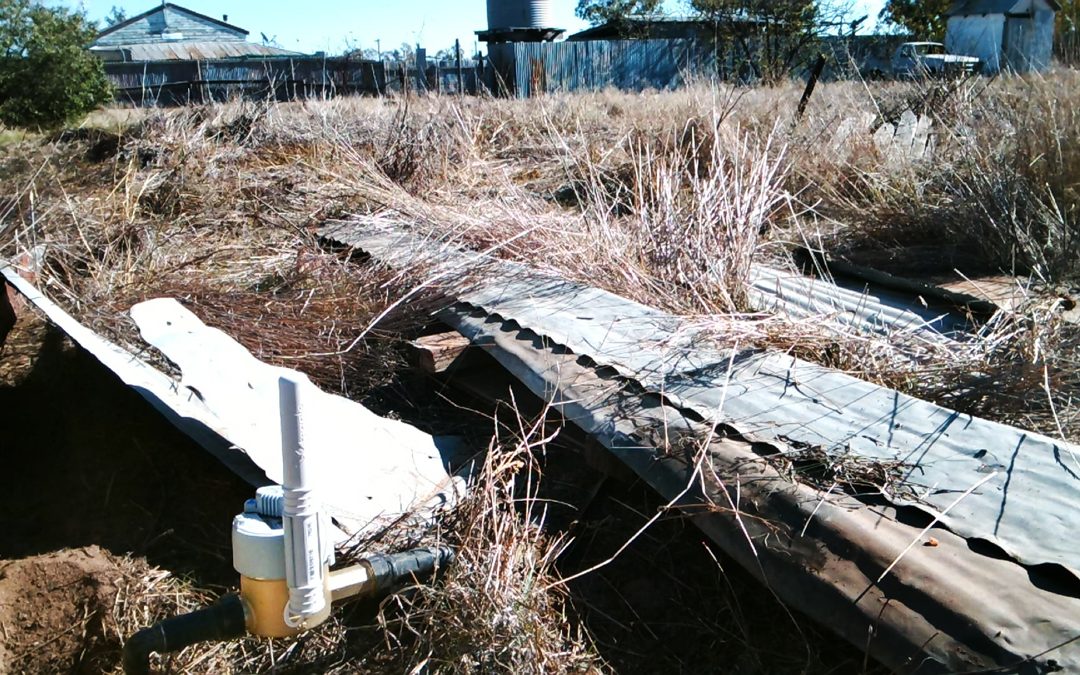 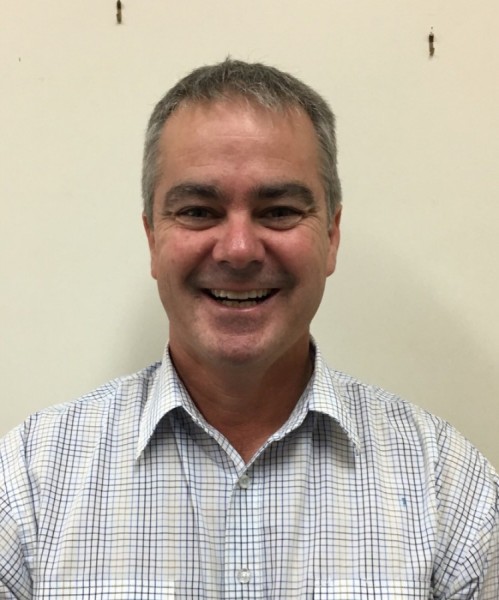 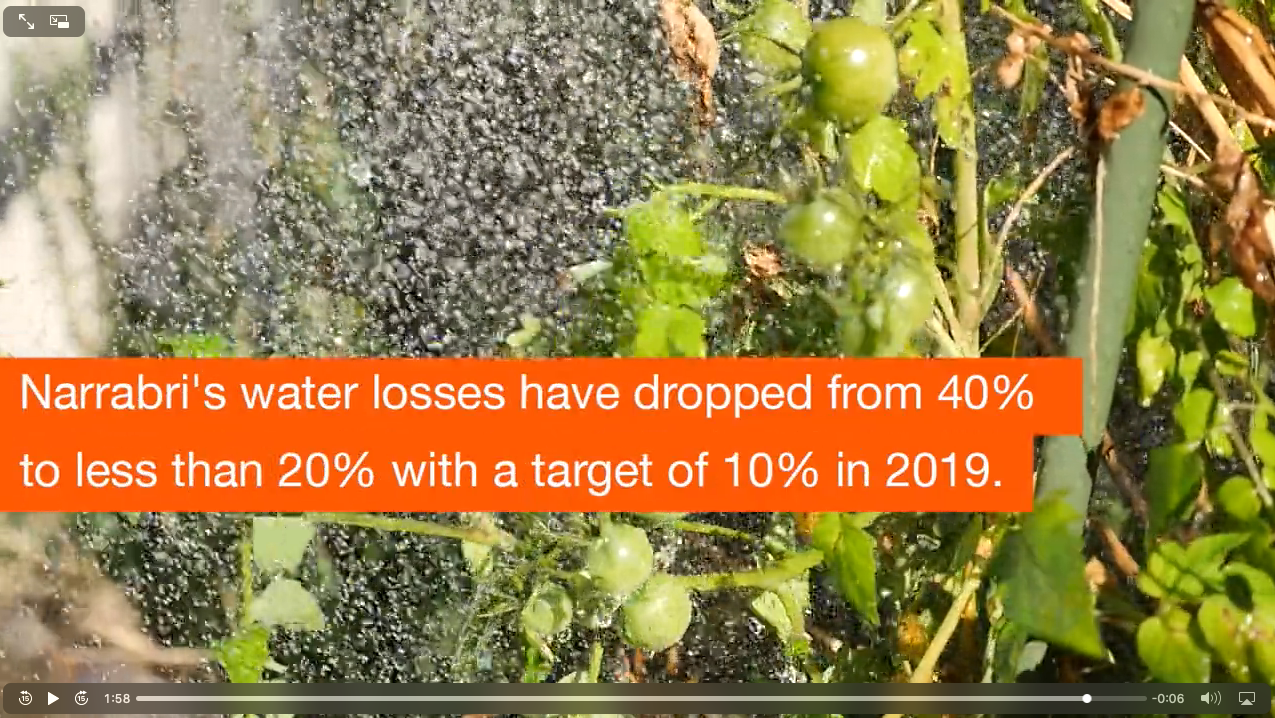 Successful technology projects that go live on schedule and budget and immediately provide better than expected results are a rarity. Particularly when related to the Internet of Things (IoT) where many applications find it difficult to show a commercial return.

So a local government IoT project that goes live on time and budget, delivers more than expected AND pays for itself in 6 months is rarer than a unicorn winning the Melbourne Cup.

But that’s what Narrabri Shire Council achieved in 2017 – a project so successful that the council has made the infrastructure involved available to local businesses to provide additional community benefits.

We interviewed Darren Raeck, Director of Infrastructure Delivery at Narrabri Shire Council, who led the project. An edited video of the interview is available here.

What prompted you to start the project?
We had recorded the third highest unallocated water losses across NSW and we had to do something about it. So we looked at ways we could improve our performance. We decided we had to account for our water better, so we looked at our metering program which led to investigating how automated meter readers might help.”

We had about 40% of water that was lost revenue and we wanted to bring that down to around 10%. The project has been able to achieve that very quickly.

What were your initial objectives?
The business case looked at a number of factors beginning with return on revenue through regaining lost water. It also considered better use of our service staff for planned works rather than meter reading. We saw a benefit in being more proactive.

We looked at changing our meters to get more accurate readings and automating them so we could use live data to determine where our problems were.

We needed to know where the water was being used so we could target those specific areas for improvement. Our key objective was to improve our performance across our system and reduce our losses.

How successful has the project has been?
It’s been extremely successful. We’ve installed the system across 100% of our region and now we can see on an hourly and daily basis how much water’s been used, look at the trends and see how individual customers are using water.

We’ve reduced our losses significantly. Previously we had around about 40% non-revenue water. We’ve managed to decrease that by half to 20% non-revenue water and we expect to recover another 10% within two years’ time. The project’s helped us generate more revenue even though we’ve delivered less water. So we’ve made more money and also helped save water and the environment.

The project’s helped us generate more revenue even though we’ve delivered less water. So we’ve made more money and also helped save water and the environment.

In terms of dollars the project has been very successful. When you break out the cost of the automated meter readings we’ve managed to pay for it through increased revenue within the first six months. 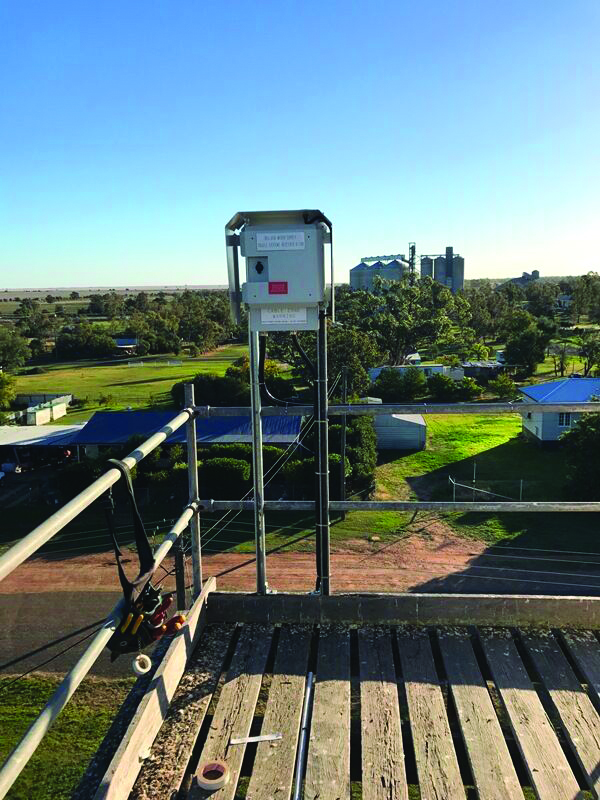 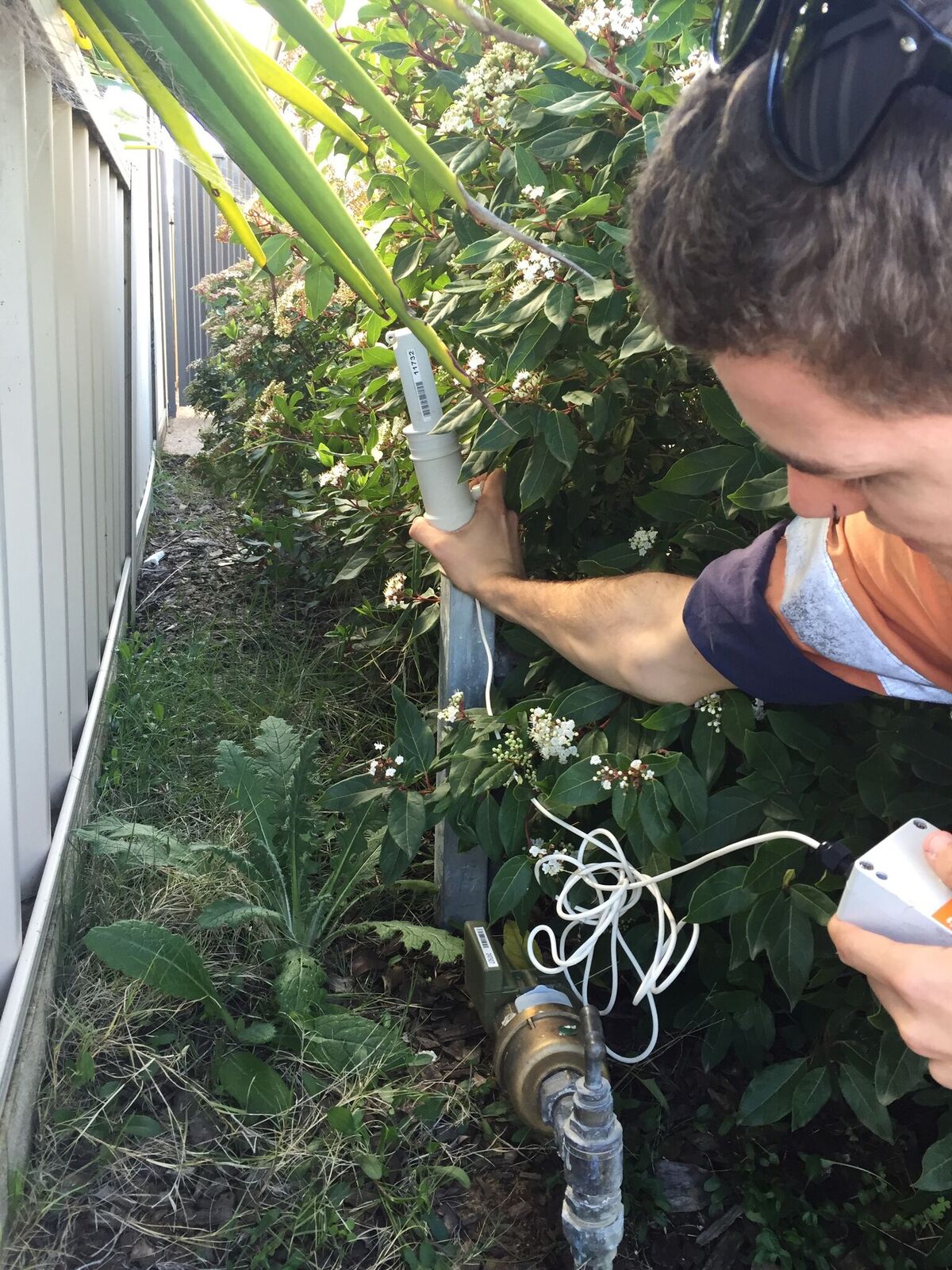 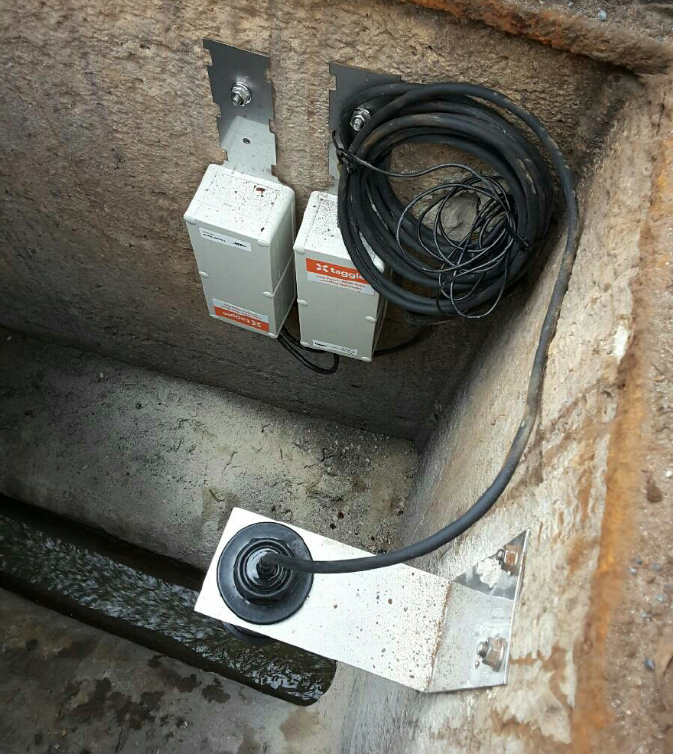 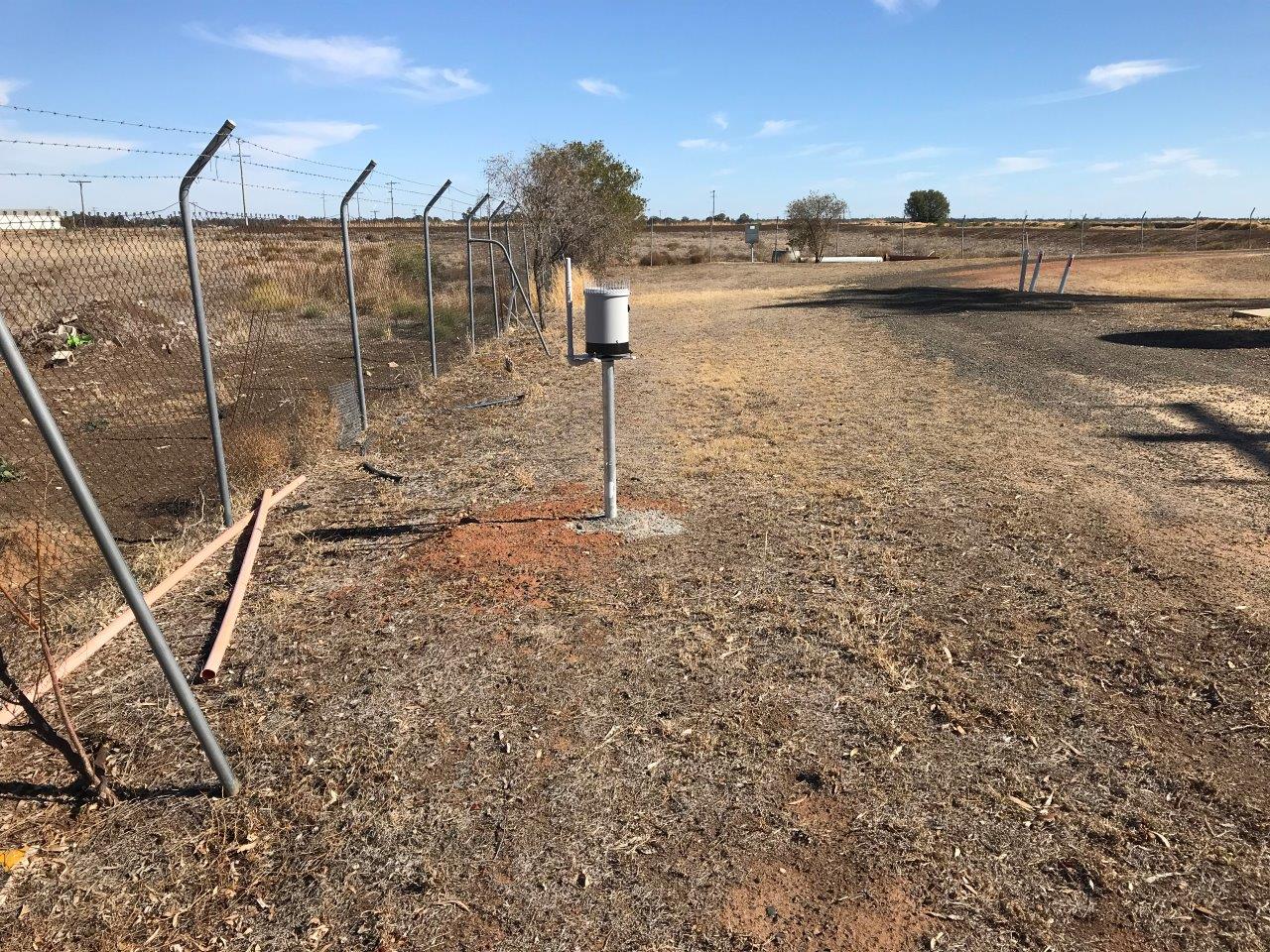 What problems did you experience during the implementation?

“Very few indeed. We progressed very quickly. There were a few glitches in terms of supply but that was mainly because the installs were a lot quicker than we expected. We got down to very minor problems such as washers that weren’t available. So a two dollar item slowed us down a tiny bit but that was about as bad as it got.

There weren’t any challenges out of left field primarily because we were installing a proven system. That’s one reason we selected Taggle. They had proved their solution worked in more than 25 councils and utilities in Australia. We already knew a number of places where the system was installed and we went and visited some of those sites to ensure that that we were going to get the product that we were hoping for. So we knew what the end product was going to be and we knew how it was going to perform.

The Taggle solution was available via the NSW government procurement list, which made things very easy and after the tender process they supplied everything we needed for our meters across the 8 communities that make up the Narrabri region.

Were there any difficulties in installing the units?

The installation of the 95% of the units was relatively straight forward but about 5% of them were quite difficult. Some of them were under steel lids, some of were down the main street of Narrabri within the footpath and so on.

But the installers were able to calibrate the system to get that data out of those difficult areas. And we’ve been able to find cost-effective ways to get data from even the most difficult places.

And one of the benefits of the software is that it can store pictures of each unit and serial numbers so if we do ever have to go out and fix them we know exactly where they are and what they look like.

How have your residents responded to the new system?

The feedback that we’ve received has been nothing but positive. We’ve identified a number of customers that had leaks they weren’t aware of. We’ve had simple things like pipe breaks and we’ve had more extensive things like hot water systems that have blown out.

We’ve been able to identify these through the monitoring system and report them to the customer. They are very surprised when they get a phone call from us to say, “We think you’ve got a problem on your property, can we send somebody around to have a look”.

We’ve been able to identify a number of customers that had leaks of more than $20 per day. That adds up quickly and the customers have been very appreciative when we’ve told them that they’ve got those problems. It’s been a good public relations exercise for us because we’ve been able to provide good community support for people that potentially can’t afford to pay those bills. And some of those problems have actually been inside houses that have been unoccupied and obviously that makes a bit of a mess.

The solution is a fantastic community-based outcome because our customers can see their meter reads on a daily or even hourly basis and manage their bills so that they don’t get bill shock. They can also set up their own alarm systems so if they’re away on holiday and they do happen to get a leak they can have somebody attend to it. Or if they leave a tap on they be notified so they can turn it off.

Did you find there were any unexpected benefits from the project?

Very much so. Initially it started out purely as an automated meter reading project but what we’ve ended up with is a solution that not only provides us with the information we need but also gives our customers access to the data so they can analyse their own water use.

Beyond that we’ve started to expand Taggle’s radio network to provide other solutions in the region. So, for example, we’ve currently installed a number of rain gauges across our Shire to look at where rain is falling and how that impacts our consumer use.

We’re also looking at the sewage system and monitoring it by putting level sensors in the pits which will give us data to feed into our SCADA system so we can preempt when we might have a problem in our sewage network.

Do you have any plans to use the infrastructure in other ways?

In terms of the broader community, our council has been supportive and wants to see other benefits from Taggle’s infrastructure. We’re broadening it to our waste water system and we’re encouraging people in the rural environment to use it.

The more use we can get of the system the more opportunity there is to reduce the overall price, to put longevity into it so it’s still there in 30, 40, 50 years.

One example is a project the Southern Queensland University is looking at with soil monitoring devices to help our local growers determine when to turn their irrigation on and off. That will bring broader benefits for the general agricultural businesses in our region.

Our farmers can also see the benefits from rain gauges that can immediately identify where rainfalls occurs across our area. They can also help us to determine when we might close roads. If we’ve got automatic transmission of data from rain gauges in those areas we can make a decision to close down a road that’s subject to flooding without driving out to that area.

We have a number of councillors from rural properties and they’ve commented on the advantages of using the radio network to report back and save them the laborious task of going out and inspecting the works. Instead they can get that information through the Internet of Things.

Have you identified any other savings?

We’ve probably seen about a five percent saving in network and hydraulics, mainly through our ability to manage the total volume we’re delivering versus the usage through the meter itself. So, it’s given us a lot better handle on what’s actually being used day to day.

What pleased you most about the project?

For me the most pleasing parts have been the way that it’s been delivered and the timeliness of the installation. And also I suppose seeing a really good result and being able to go to our rate payers and say we are more efficient and more accurate in the monitoring of our water and more accountable in the delivery of our water services.

I think one of the main non-financial benefits to the council is that we’re seen as being more accountable for the delivery of that service.

So what exactly does the system comprise of?

We chose Taggle Systems’ Smart Water solution. It’s a comprehensive end to end managed solution. There are the transmitters, of course. They can be fitted on to various meters – we have Honeywell V 200s – or they come already integrated with the new generation of Honeywell meters.

The expected lifespan of the meters was really important for us. We wanted to achieve a 15-year lifespan of the unit. The Taggle radio transmitter and its battery have a 15 year life expectancy and we went with the new Honeywell V 200s (over the V 100) because it has a 15-year lifespan as well. It means we won’t have to replace the meters or the transmitters for well over 10 years.

There’s the Taggle LPWAN network. Their receivers have a long range – up to 50 kilometers in our rural environment – and that’s important to us because our shire is quite large. The fewer receivers we need the cheaper it is.

Then there’s the MiWater software and MyH2O portal that receives and interprets the data, provides reports and alerts and gives our residents access to the data.

And finally, as I said it’s a full managed service so Taggle provides complete network management and device management. It means we don’t have to worry about the operations. Taggle guarantees 100% coverage, they manage the network and they let us know if any transmitter isn’t transmitting for any reason.

How important is that managed service to you?

It’s very important. When Narrabri Shire Council originally entered into the contract with Taggle we were focused on data integrity and getting 100% of the information back regularly.

Taggle has been able to deliver on that promise and we see pretty much 100% of the data coming back on a daily basis. We’ve had a number of lightning strikes where the system’s gone down for a very short time but because it can store the data on the units we basically get all the information back when it’s restarted.

So, we are getting a hundred percent of the information that we were promised and it’s coming through in exactly the format that we were expecting.

Darren Raeck, thank you very much and congratulations on what sounds like an exemplary project. 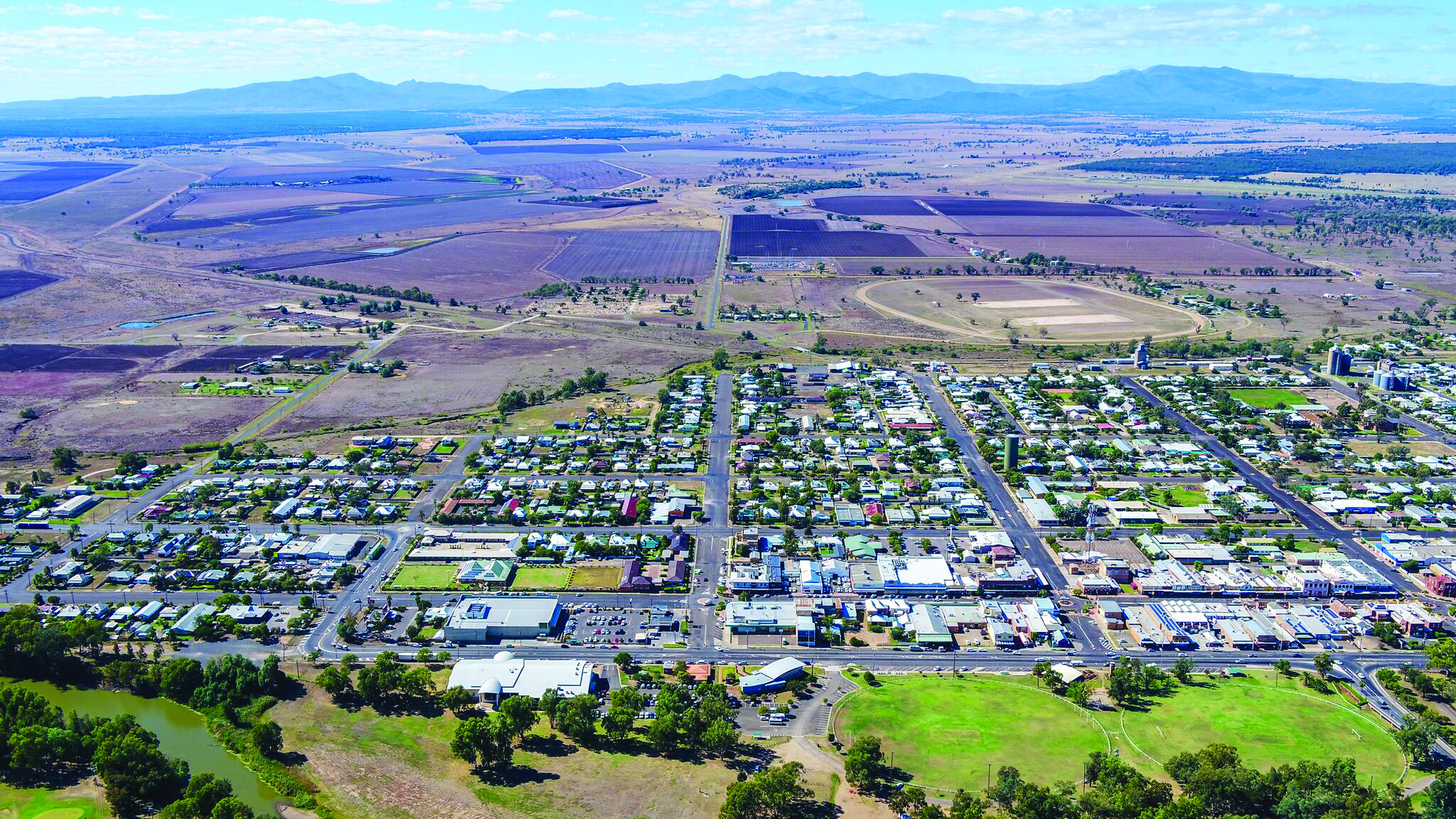