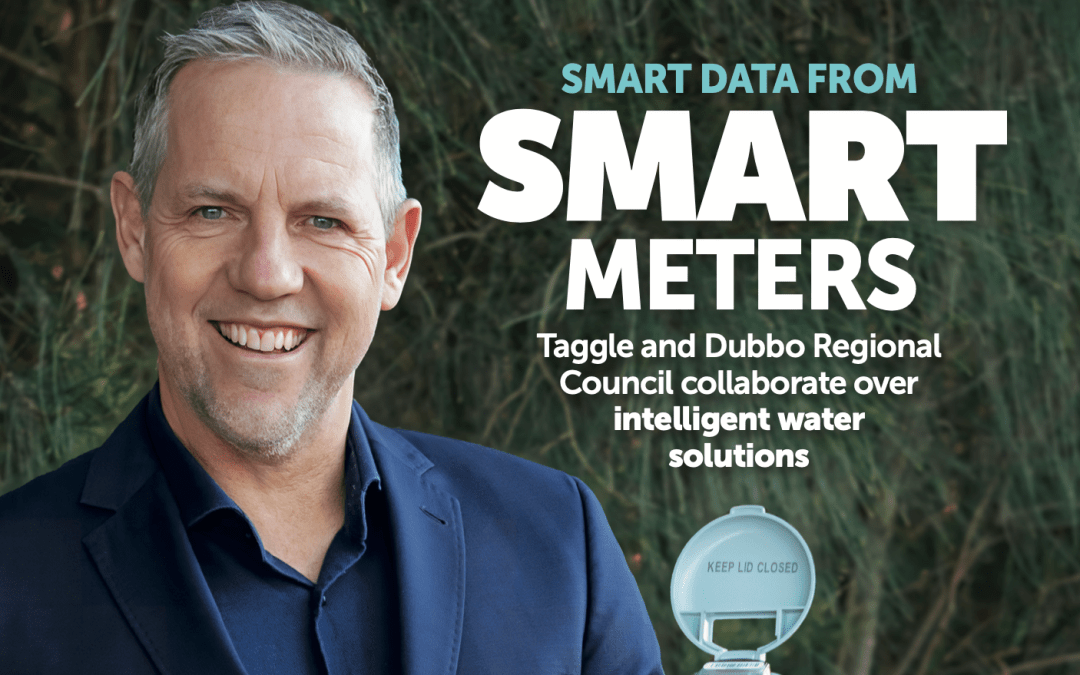 The Dubbo region has suffered some of the worst Mother Nature has had to offer: global pandemic, a mouse plague of biblical proportions and before the floods at the beginning of 2022, it had been in four years of severe drought. The region gets most of its water from the Macquarie River, supplied by the Burrendong Dam, which flows into the river, supplying water to Wellington and then onto the city of Dubbo. In 2019, the dam reached a level as low as 1.8 per cent. Although rain has since alleviated the lack of water in the region – for a time – the Dubbo Regional Council knew there would be future droughts.

One key area the council considered is conservation. In 2015, the council looked into smart water meter technology not only to modernise the ageing infrastructure in place, but to streamline water usage and get information about how the necessary resource could be better managed and therefore make savings on usage.

Stephen Carter is the manager, water supply and sewerage, for the council. Even back in 2015 he knew that something needed to be done to make not just the residents, but the council itself, more accountable for water use. Smart meters and the provided technology wasn’t a hard sell when the idea was put forward.

“Dubbo had never gone through harsh water restrictions like the ones implemented at the time,” Carter said. “It wasn’t a hard project to push at all.”

Before investing in the technology, the council conducted a study to see what was available and what would be suitable for its needs.

“I gathered data around the technology,” said Carter. “I went to seminars, as well as conferences on smart metering. We held off until we knew the technology became more secure and sustainable. In the midst of the drought, the council wanted to see what water our facilities were using, particularly in relation to parks and land care.”

It was then that the council approached Taggle, a Sydney-based company that specialises in smart metering technology. Taggle integrates its Byron Low Power Wide Area Network (LPWAN) into Honeywell’s V200HT smart water meters, which were available in multiple sizes, as well as a range of add on telemetry devices that connected to existing manual water meters. This advanced technology meant Taggle could guarantee a battery life of 15 years.

The data from these meters is ingested into Taggle’s Aqualus Water IoT Platform to be delivered to the council. This offers water utility companies and councils an interoperable and scalable solution, allowing them to collect a myriad of data points to help them manage their water supply.

“With Taggle’s portal we were monitoring the water usage of the council facilities, particularly the parks and land care side of things. It snowballed from there. We were getting good data from them.”

There are many advantages of smart water meters and the data they supply. For example, it does away with the uncertainty of leaks, several of which were found when the new meters were installed. 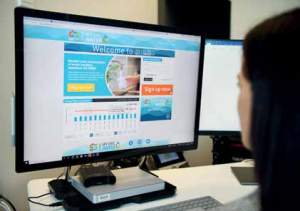 “Certainly, some customers discovered they had major leaks when we put the new meters in,” said Carter. “They got a bit of a shock in terms of the consumption they had.”

There was also the possibility of going into more of a deep dive due to the data that was being provided. For example, one resident thought her new bill was a little high. Due to the information the smart meters gave they could narrow down the time during the week where a lot of water was being used. The resident realised that a lot of usage being recorded was when she had her water sprinkler on. It is this type of information that can allow residents to better gauge their usage – again, something that is essential in regional New South Wales as weather patterns change and drought bites.

While there were teething issues, Taggle was on hand to help go through the various features of the system. One of the main issues during roll out was COVID-19 affecting the workforce as they tried to install the meters. The main contractor was from Victoria, so once they entered New South Wales, they couldn’t return home for some time.

“Taggle were the ones that were advanced in technology and had the best value for money, plus they are a local Australian company,” said Carter. “We went out for tender, and they were competitive. We also looked at other councils that had been using them and they were happy with them.”

There were also some unintended side effects of the roll out.

While there has been a lot of work involved in the initial roll out – whether it’s the physical installation of the meters themselves, getting used to the data from the Aqualus water software, or getting used to using the customer portal – the long-term benefits are obvious.

“I was part of Council’s Co-ordinated Drought Response Team, and once the smart water meters were fitted to our open spaces and sporting facilities, we were able to work with our operations teams to understand and manage the water they were using,” said Dubbo Regional Council communication’s lead Kellsey Galea. 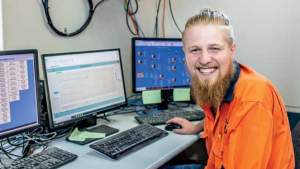 “When we were going through the drought, they were probably one of the biggest users across town. The council had a lot of public scrutiny around the fact that we were still watering our high profile parks and gardens, when we were asking people not water their own gardens. It was a bit of an eye-opener for our own staff, too. The system helped us with our own water management just as much as it’s helped our ratepayers.”

There are many features with the types of solutions Taggle can offer utilities and councils, including better accuracy of meter reads, no more estimated bills, the likelihood of water theft being greatly reduced, and the aforementioned diagnosis of leaks before they become a problem. Another key with Taggle is that other sensor types can also be implemented on Taggle’s’ Byron Network. For example, water pressure, sewer and rivers levels and weather sensors, while the data from other sources or radio networks can all be utilised for better water management.

Carter is seeing a lot of these benefits as the council starts to collect the data and the processes are streamlined.

“Overall, it’s been a benefit to us to have these meters installed,” he said. “A normal meter has a life of seven and a half years, whereas these ones are 15 years.

“So basically, replacement programmes have been extended out and there are more accurate meter readings. We were spending a lot of time investigating water leaks and all that sort of stuff and people wanted reduction in bills. Now we just inform them of their usage and there is the customer portal they can use. We can tell people they’ve got a leak and we can get it fixed pretty quickly.”

Learnings from the experience

“I’d recommend other councils to get a project control group together early, which is what we did,” said Galea. “We realised that the project touched a lot of our organisation – from customer service to rates, to IT, to the water guys to the operations team, and the communications perspective.

“Right from the outset, we set up a regular fortnightly meeting, and sometimes weekly, to make sure we’re all on the same page when the roll out commenced.

“Customer service knew what was happening at the same time IT knew, at the same time the rating department knew. I would recommend that to any other council; which would be something to get right, along with keeping your community informed.

“We are thrilled to have such positive outcomes in Dubbo. We now have over 45 councils and water utilities using Taggle’s smart water meter solutions, and last year we saved 9 billion litres of water across Australia,” said David Peters, CEO at Taggle. “The data and analytics allows the councils to make decisions and keep consumers informed, and this helps ensure a resilient water supply for a sustainable healthy community.” 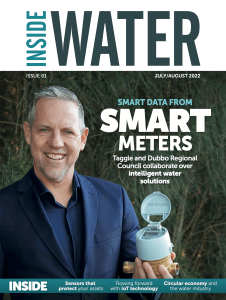 This article was the Cover Feature for the launch edition of Inside Water Magazine. To view the full magazine click here